“Dallas Mavericks guard DeShawn Stevenson was arrested last night for public intoxication in Texas … TMZ has confirmed.Law enforcement sources tell us, police received a call about some drunk guy wandering around an apartment comlpex in Irving, TX last night — and when cops showed up, they found Stevenson … who said he was lost.”tmz.com

According to TMZ.com “Dallas Mavericks guard DeShawn Stevenson let his T-shirt do the trash talking after his team took down the Miami Heat last night — “HEY LEBRON! HOW’S MY DIRK TASTE.” 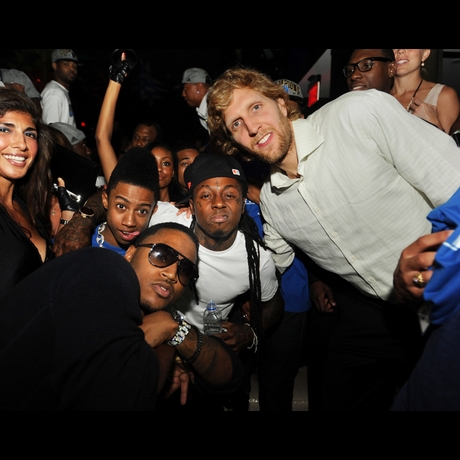 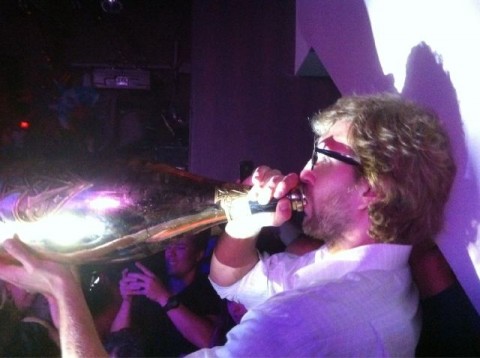 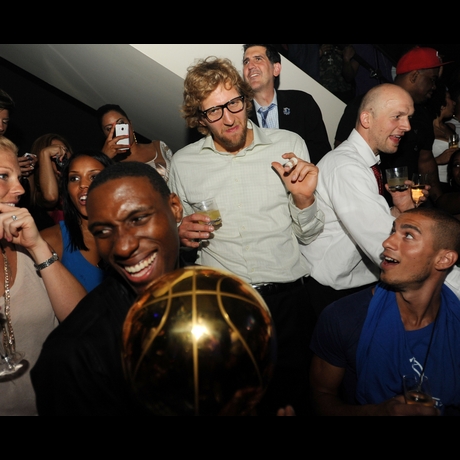 Necole Bitchie.com – “Last night, after the Dallas Mavs sent Miami Heat packing in a 105-95 win in Game 6 of the Finals, they added insult to injury by showing up at Miami’s Club LIV with the Championship Trophy. Miami Heat fans watched as the entire Mavs team hopped on to the stage and ordered 100 bottles of Ace Of Spades (while Mavs’ owner Mark Cuban danced to “Ballin”) to celebrate Dallas’s first win in NBA history. “

“CLEVELAND (AP) — Cavaliers owner Dan Gilbert has congratulated Dallas on winning its first NBA title, denying LeBron James the one he left Cleveland to get.”

“About 15 minutes after the Mavericks beat the Miami Heat in Game 6, Gilbert sent a message on his Twitter page to Mavericks owner Mark Cuban.”

“Congrats to Mark C.& entire Mavs org.,” Gilbert wrote. “Mavs NEVER stopped & now entire franchise gets rings. Old Lesson for all: There are NO SHORTCUTS. NONE.”

“Last summer after James announced he was leaving the Cavs as a free agent to join the Heat, the superstar was lambasted by Gilbert, who accused him of quitting in last year’s playoffs. Gilbert also promised that karma would prevent James from winning a championship and promised the Cavs would win their first title before “the self-proclaimed King” won one.” According to NBA.com